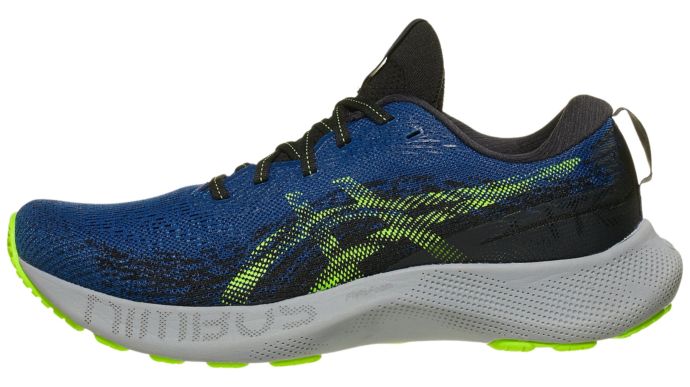 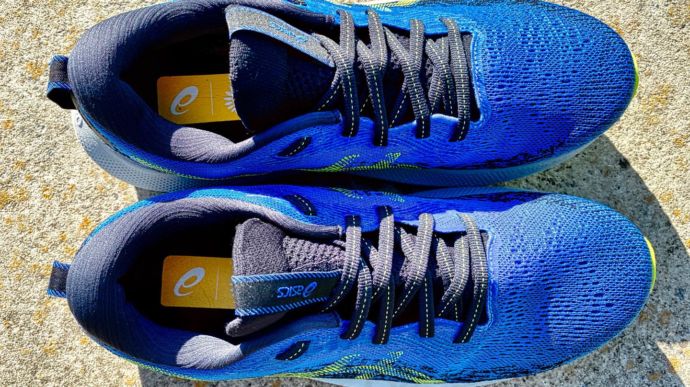 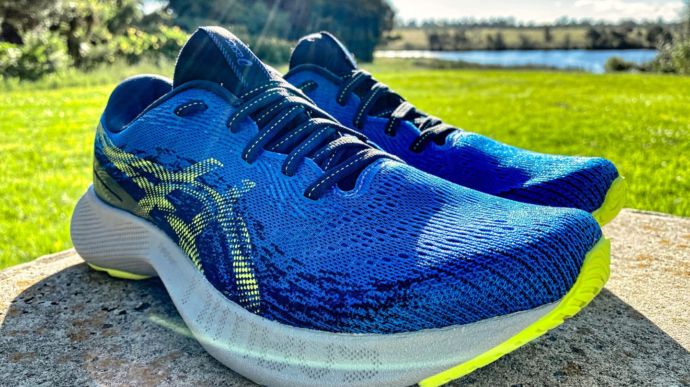 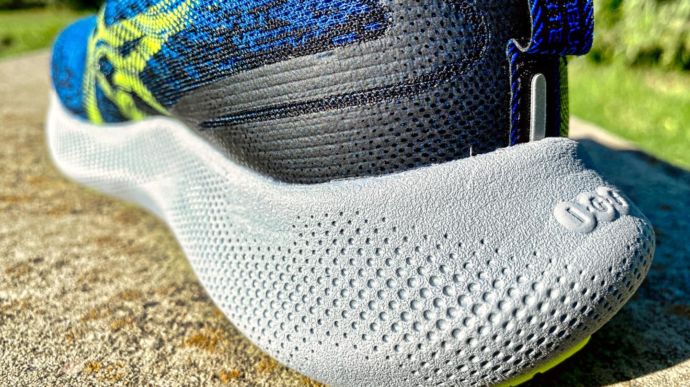 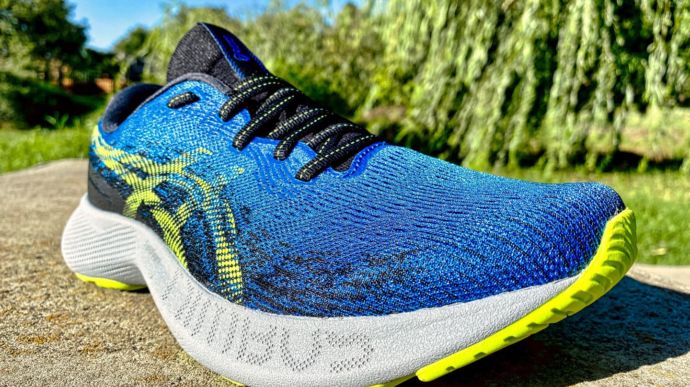 The ASICS Gel-Nimbus Lite 3 is a lightweight, max-cushioned trainer for relaxed runs. It has a smooth, stable ride and is both softer and more flexible than most of the max-cushioned trainers on the market. Version 3 of the Nimbus Lite 3 has an updated upper with a flat tongue which makes it feel more streamlined. It weighs less but costs more than its predecessor.
WHERE TO BUY
LOWEST PRICE
$159
SHOE INFO
Asics
Brand
GEL-Nimbus Lite 3
Model
Lightweight
Type
9.20 oz. (261 gr.)
Weight
159.95 US$
MSRP
35 mm
Heel
25 mm
Toe
10 mm
Heel Drop
Asics Gel-Nimbus
Family
Gel Nimbus Lite 2
Previous model
WHO IS IT FOR
If you enjoy the regular Nimbus series but you want a roomier fit with a less structured sole, the Nimbus Lite 3 is the shoe for you. The Nimbus Lite 3 is mostly for easy or recovery runs as it has an extremely plush ride.
Help me choose

After 22 years, a product can grow stale. That’s exactly what happened to the Nimbus series. The same runners were buying the Nimbus year after year and it wasn’t gaining many new customers.

In 2020, the innovative Nimbus Lite was launched. It was designed to be a funner version of one of ASICS’ most popular neutral trainers, the Nimbus. It targeted young, fast runners who found the regular Nimbus too heavy and cumbersome.

When I first ran in the original Nimbus Lite, I took an immediate liking to it. It felt efficient, energetic and versatile; it was a breath of fresh air. I preferred the Lite version to the regular Nimbus.

It’s a good strategy by ASICS to keep both models though. There would be a massive uproar if they were to discontinue the traditional Nimbus and replace it with the new version. The Lite model is still the less popular of the 2 models.

This year’s Nimbus Lite 3 has a similar look and ride to the Nimbus Lite 2 but the midsole has been changed to be slightly softer. The eco-friendly midsole still has cellulose nanofibres in it which are a waste product of sugar cane.

I wasn’t all that excited about the Nimbus Lite 3 until I put it on and walked around. It felt really squishy underfoot and a lot softer than I expected it to feel.

My first run in it was a 12 km hill repeat session at 4.54 minutes per kilometer. On that run, the Nimbus Lite 3 felt flexible, cushioned, and very natural.

The shoe it reminded me most of was the New Balance Rebel v2 but it felt slightly firmer and more stable. Both shoes are very flexible and don’t have much midsole structure.

It felt great right out of the box with no break-in period required.

Flytefoam is now one of the older, blander midsole foams in the ASICS assortment with the recent inventions of FF Blast, FF Blast+ and FF Turbo.

The Flytefoam in the Nimbus Lite 3 is however more exciting than regular Flytefoam because it’s made of organically derived materials so it has more give.

The midsole of the Nimbus Lite 3 has a high rate of compression without much rebound. I found it to be best suited to slow or recovery runs because of its marshmallow-soft ride.

Flytefoam makes the Nimbus Lite 3 feel like a max-cushioned trainer, designed for mainly easy runs. Anything faster than 5 minute pace and you find yourself wishing for something a bit firmer or with more energy return.

The Nimbus Lite 3 has plenty of long-distance comfort though. The midsole cushioning feels substantial and it doesn’t bottom out. You can easily do a full marathon in it if you wanted to.

It has a super flexible forefoot which also adds to the max-cushioned trainer feel but the snappiness just isn’t there for speed work. It feels too relaxed.

One thing that the Nimbus Lite 3 does better than other super soft riding trainers like the Invincible Run and the Rebel v2 is that it feels very stable because it has a very broad forefoot, midfoot and rearfoot. During runs, I never felt like my ankles were under pressure.

You still get the obligatory GEL in the forefoot and the rearfoot which is hidden inside the midsole of the Nimbus Lite 3 but it’s mostly there for marketing purposes. You don’t feel the GEL at all.

The Nimbus Lite 3 has a gender-specific outsole so the men’s version has a slightly different outsole to the women’s version.

AHAR+ is on the rearfoot and softer, less durable AHAR is on the forefoot. Just like on the Nimbus 24, I also noticed significant outer heel wear on the Nimbus Lite 3’s heel lugs so durability is not very good.

I like this change because it makes the Nimbus Lite 3 feel leaner and faster. The tongue is semi-gusseted so there’s no tongue slide and the knit also allows better ventilation therefore the shoe is cooler.

The collar and heel tab are still generously packed with foam so the rear of the shoe is luxurious and there’s no heel slippage.

The Nimbus Lite 3 has a roomy, accommodating midfoot and a large toe box which is more suited to wide-footed runners than narrow-footed ones.

I went down a half size from my normal and the fit felt good while wearing very thin socks but I found myself craving more length when I wore thick socks. The majority of runners will need to go true to size.

I enjoyed running in the Nimbus Lite 3. It’s still a fun shoe to run in but the fun factor has been slightly diluted.

The Nimbus Lite 3 is an improvement over the Nimbus Lite 2 because it’s lighter, has a cooler upper and a plusher ride. Unfortunately, it still uses ASICS’ older Flytefoam in its midsole.

I’m not sure why ASICS chose to use Flytefoam and not FF Blast+ in the midsole of the Nimbus Lite 3. FF Blast+ would have made it faster and bouncier.

The Nimbus Lite 3 was designed to be a faster, lighter, more versatile version of the regular Nimbus but the new Nimbus 24 actually feels like the faster shoe. Its midsole springs back much quicker after each footstrike so the Nimbus 24 feels like it has an extra gear.

The two trainers have the same price but I’d choose the Nimbus 24 over the Nimbus Lite 3. The Nimbus 24 with its new midsole foam feels like a more premium shoe so it makes you feel like you’re getting more value for your money.

I think $160 for the Nimbus Lite 3 is too much. The Novablast 2 is only $130 and the Rebel v2 is also $130. Both trainers are also very soft but are a lot more versatile than the Nimbus Lite 3 because they can pick up the pace.

As editorial policy, we do not accept free samples from companies.
We purchased this pair of ASICS GEL-Nimbus Lite 3 at Running Warehouse with our own money.

Visit ShopRunningWarehouse.Com
This page contains affiliate links. As an Amazon Associate I earn from qualifying purchases.
WHERE TO BUY
LOWEST PRICE
$159
AVAILABLE ON SALE:Previous model $114

The ASICS Gel-Nimbus 24 is a super soft max cushioned trainer with a versatile ... (Read expert review)

The ASICS Kayano 28 is a top-tier stability trainer built for all paces and ... (Read expert review)