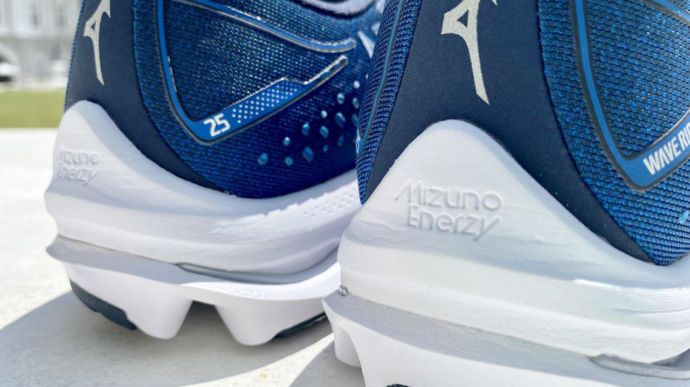 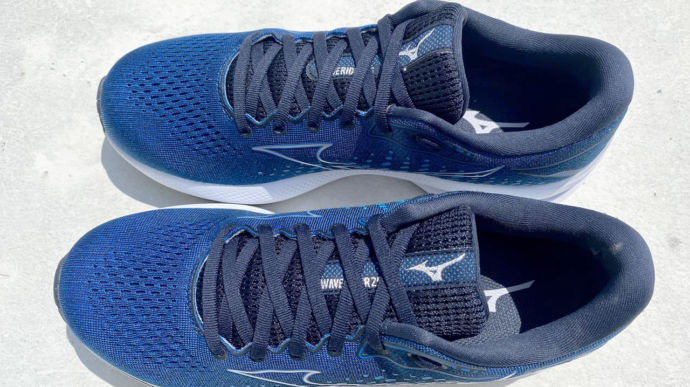 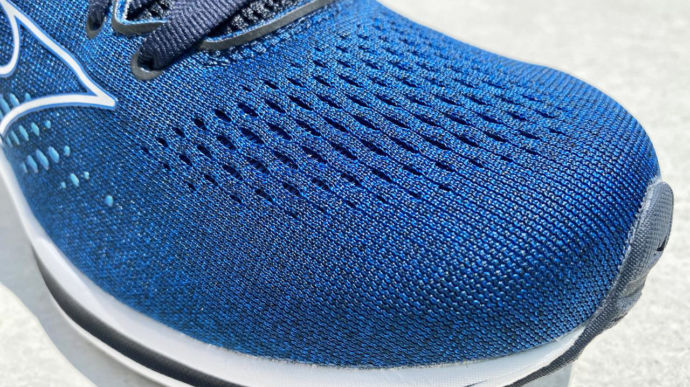 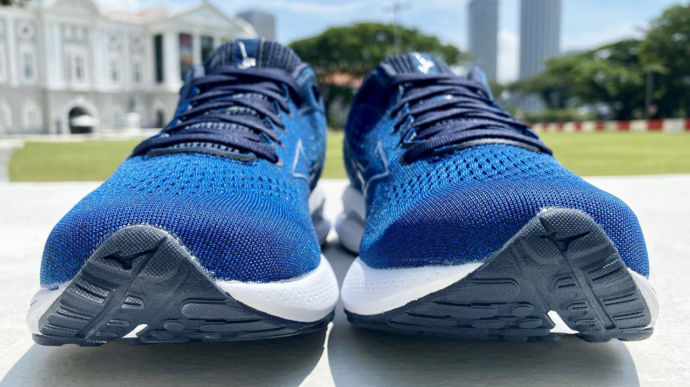 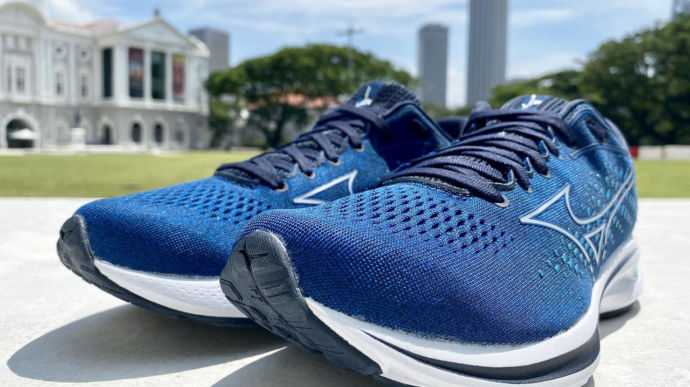 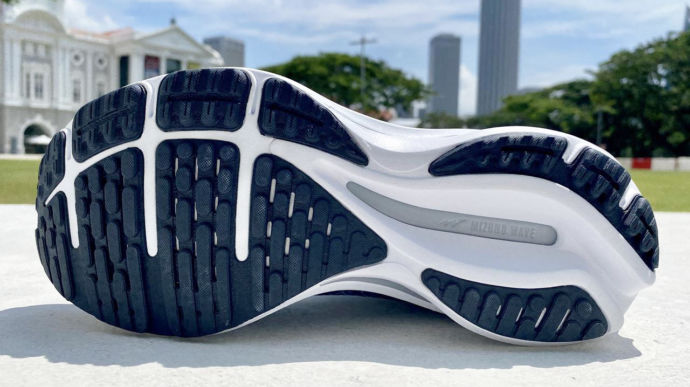 The Mizuno Wave Rider 25 is a well-built workhorse with a comfortable upper and a 12 mm drop that aggressively rolls you onto your forefoot during transitions.

Version 25 has been updated with a softer, full-length Enerzy Foam midsole and a more flexible forefoot which makes it more suited to relaxed, easy-paced runs.
WHERE TO BUY
LOWEST PRICE
$134
SHOE INFO
Mizuno
Brand
Wave Rider 25
Model
Cushioning
Type
9.4 oz. (266 gr.)
Weight
135 US$
MSRP
12 mm
Heel Drop
Mizuno Wave Rider
Family
Wave Rider 24
Previous model
WHO IS IT FOR
If you're a runner looking for a durable, neutral trainer with excellent heel stability and support, the Wave Rider 25 is the shoe for you.

The Wave Plate in the rearfoot provides stiffness with very little lean bias while the forefoot feels flexible and natural.
Help me choose

The Mizuno Wave Rider is the second oldest neutral daily trainer- the Nike Pegasus being the oldest.

Over the years, the Wave Rider has gained a wide, loyal fanbase and has built a solid reputation of being a consistent, reliable workhorse which doesn’t change much from iteration to iteration.

However, the last 2 versions of the Wave Rider have been surprising in that they have received much bigger updates than usual which is uncharacteristic for Mizuno.

The Wave Rider 24 had a filled-in arch section on its outsole for the first time while it also saw the introduction of Enerzy Foam in its heel.

The new Wave Rider 25 has also been completely revamped with a more breathable upper and a full-length Enerzy midsole.

The Wave Rider 25 weighs 0.5 oz less than its predecessor and still has the same heel stack height of 36 mm and 24 mm in the forefoot.

It’s now $5 more expensive, making it one of the most expensive neutral, mid-range daily trainers.

My last experience with a Wave Rider was the 21st version. While there were no major faults with it, I found it clunky, stiff and firm. It was far from a fun or engaging ride and I ended up using it for gym workouts.

So have the major updates that Mizuno has made to the Wave Rider improved it or is it still the same old Wave Rider?

The first time I put the Wave Rider 25 on, I was impressed with how plush and luxurious the upper felt. The interior felt smooth and the fit was perfect.

My first run was a 17 kilometer easy run at an average pace of 6 minutes per kilometer.

The most surprising thing was how soft and flexible the forefoot felt because of the Enerzy Foam situated in the forefoot which is a big change from the Wave Riders of days gone by.

The Wave Rider 25 also didn’t feel as clunky or noisy as I expected it to be, which used to be a signature Wave Rider feature.

The ride reminded me a lot of the Brooks Ghost 14. Both trainers are very similar in that they have the exact same stack heights with big 12 mm drops.

The Wave Rider 25 felt softer in the forefoot but transitions didn’t feel as smooth as in the Ghost 14 which has a single-density midsole.

Overall, my first run in the Wave Rider 25 felt comfortable, natural, and the ride felt more relaxed than I expected it to feel.

This is the first Wave Rider to have a full-length Enerzy Foam midsole which is Mizuno’s new generation foam.

It also has a separate wedge of Enerzy under the Wave Plate in its heel which is injection molded and more durable than the softer, top layer of compression molded Enerzy.

Enerzy is a relatively soft foam but I don’t experience much energy return from it. It reminds me of Nike’s React foam.

The back half of the Wave Rider 25 has a completely different ride to the front half so it’s like two different shoes that were joined at the midfoot.

The back half feels firm and rigid (because of the Wave Plate) while the front feels super soft and flexible (due to the compression molded Enerzy Foam) and this leads to a disjointed, inconsistent-feeling ride.

This shoe is designed for runners who need the extra heel support but who also prefer a soft, flexible forefoot.

I must say that I enjoy the Wave Plate in the heel which makes the Wave Rider 25 feel more stable than other neutral daily trainers but I would prefer it if the Wave Plate was full-length which would make the ride feel more consistent.

The very flexible forefoot makes the Wave Rider 25 only suitable for relaxed, easy or recovery runs because it has no snappiness to it. It makes it very difficult to pick up the pace so it’s not a very versatile shoe.

The Wave Rider 25 has a 12 mm drop but it feels even higher, like a 14 mm drop because of how much firmer its heel is than its forefoot.

Due to the firm heel, soft forefoot and steep 12 mm drop, the shoe wanted to aggressively roll me forward onto my toes. Over longer distances, it felt like my toes were smashing into the ground. This caused me some issues.

The last 10 kilometers of my 40 kilometer long run, I noticed an uncomfortable pain at the end of my second toe because of the extra pressure. This eventually turned into a black toenail a couple days later.

The Wave Rider is a shoe that I would only use for short or middle distance runs because of the extra stress that it puts on your toes when doing long-distance runs.

On the outsole, the midfoot area is filled with foam which makes the outsole full ground contact and makes transitions feel much smoother than previous Wave Riders.

Outsole durability has always been a strength of the Wave Rider series and the 25 follows the trend. It has the insanely durable X10 runner on its heel with softer, blown rubber on its forefoot.

I’ve been very happy with the durability of my pair. There are only minor signs of wear on the lateral heel and on the exposed foam on the rearfoot.

The highlight of the Wave Rider 25 for me is its upper and it makes it feel like an expensive shoe. It has no faults and it’s comfortable even on long runs that last over 4 hours.

It’s made from an engineered air mesh which is soft and flexible. It has minimal overlays and breathability is acceptable.

It has a gusseted tongue which is lightly padded so the tongue stays put for the entire run. It’s also the perfect length so it protects from lacing pressure and doesn’t irritate my foot.

The large logos on the sides and the small ones on the heel are all reflective for low-light training.

I found the fit true to size and a little more snug than the average daily trainer so you might need to size up if you prefer a roomy fit. It’s also available in a wide version.

The introduction of full-length Enerzy Foam in the Wave Rider 25 is a big step in the right direction for it to be able to compete with the big boys.

It also has a Bombproof build quality and excellent rearfoot stability which runners have always loved about the Wave Rider.

The Wave Rider 25 however still falls short of the other daily trainers in terms of versatility and ride transitions.

It has a super soft and flexible forefoot which makes it only suitable for relaxed runs while there is a big difference in cushioning between its heel and forefoot so the ride feels inconsistent.

Its $135 price makes it the most expensive mid-range neutral daily trainer and I can’t recommend it over the Cumulus 23, Clifton 8, Ghost 14 or even the Pegasus 38 because it doesn’t do anything unique to warrant the extra cost.

Mizuno needs to either extend the Wave Plate into the forefoot or they need to lower the drop and add more foam in the forefoot for a more consistent ride experience.

We purchased a pair of Mizuno Wave Rider 25 from runningwarehouse using our own money. This did not influence the outcome of this review, written after running more than 50 miles in them.

Visit ShopAmazon.com
This page contains affiliate links. As an Amazon Associate I earn from qualifying purchases.
WHERE TO BUY
LOWEST PRICE
$134
AVAILABLE ON SALE:Previous model $62

The ASICS Gel-Nimbus 24 is a super soft max cushioned trainer with a versatile ... (Read expert review)