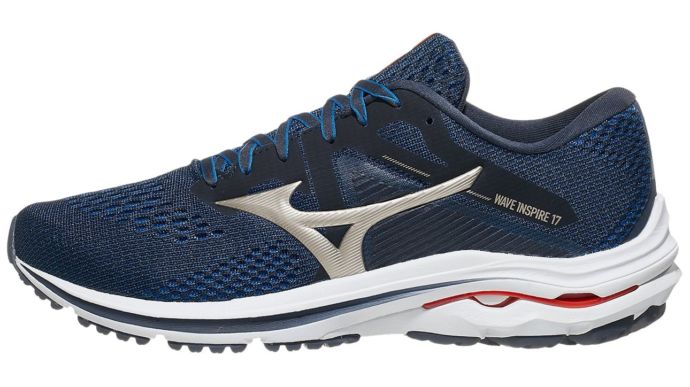 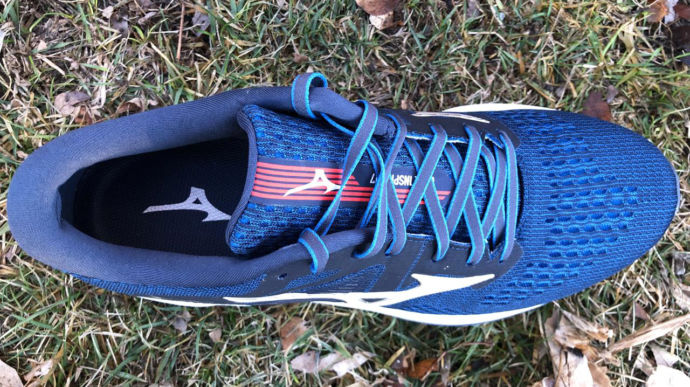 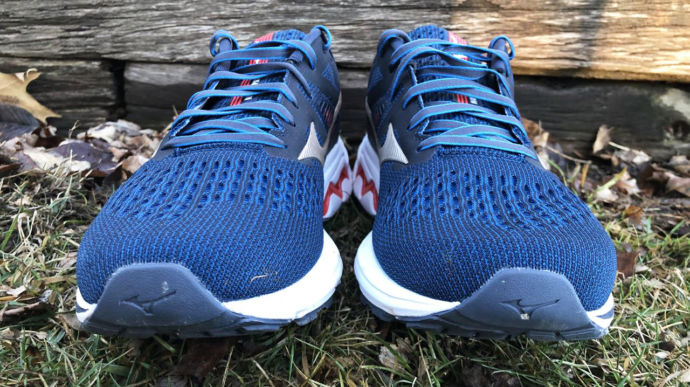 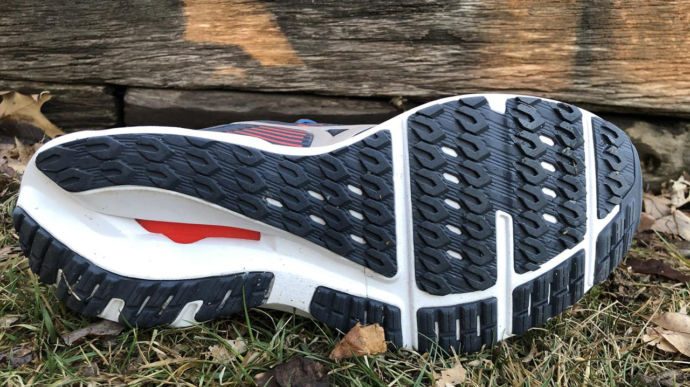 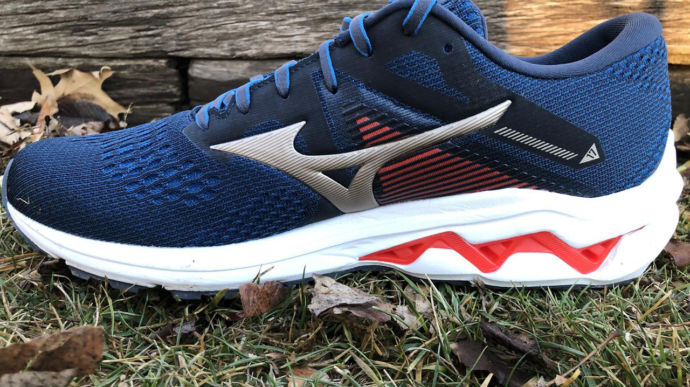 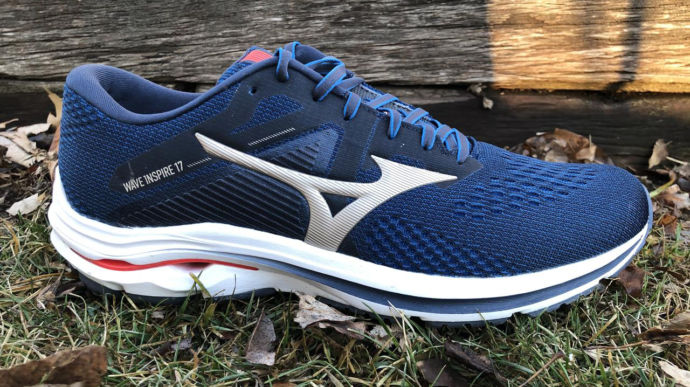 The Mizuno Wave Inspire 17 are built for stability and miles. Unfortunately, the inconsistent ride along with their refusal to evolve and adapt prevents them from standing out of a crowded stability field.
WHERE TO BUY
LOWEST PRICE
$97
SHOE INFO
Mizuno
Brand
Wave Inspire 17
Model
Stability
Type
10 oz. (283 gr.)
Weight
135 US$
MSRP
9 mm
Heel Drop
Mizuno Wave Inspire
Family
Wave Inspire 16
Previous model
WHO IS IT FOR
A runner who is looking for a moderate stability trainer to add to their rotation that is built for miles.
Help me choose

Mizuno has made some changes to their approach to stability this last year. It started with the Wave Horizon. For that trainer, they removed the wave plate (they are known for) and replaced it with a mix of different foams.

The changes have continued with the Wave Inspire 17. While not as monumental, the changes made to the wave inspire are still prominent.

Mizuno has two stability offerings, the Horizon and Inspire. The horizon is their top tier offering, giving you max cushioning, while the Inspire is their moderate stability trainer.

The Wave Inspire retails for 135 dollars, its competitors are the Brooks Adrenaline, ASICS GT-2000, and Saucony Guide.

When I opened the box of the Wave Inspire I was impressed with their sleekness. The India Ink colorway is unique and original.

The ribbed silver Mizuno logos pop out along with the flashes of red found in the wave plate and on the tongue of the shoe.

Upon slipping them on I was welcomed by the bounciness of the midsole. Counteracting that bounce was the wave plate found in the heel. This was evident the moment they were on my feet.

As I walked around flexibility was noticeable in the midfoot and forefoot. I took them on a 5 mile run for their maiden voyage.

They had a bounce to them in the forefoot area. Unfortunately, there was a stiffness in the heel area where the wave plate is located. This was noticeable from the first step.

I was hoping this stiffness was just part of an adjustment period.

There have been some changes to the midsole of the Wave Inspire 17. Let’s start from the ground up. The outsole is the same blown rubber and X10 (in the heel) used in previous editions.

The difference is a different tread pattern to encourage more grip in all conditions. This was evidently in the snowy conditions these were reviewed in.

For this edition, They have removed the trusstic-like piece that sat in the midfoot. This increased the flexibility of the shoe and was noticeable on runs.

Flex controllers, mini-wave plates, are placed in high flex areas to improve flexibility as well. All of these results in a flexible shoe that adapts to your stride.

In terms of midsole cushioning, Mizuno employs what I call a sandwich method. Cushioning on top and bottom with a wave plate in between.

At the base, you will find a new cushioning, Mizuno ENERZY, a heel wedge used to make the landing softer along with returning more energy for liftoffs.

There was a noticeable difference between the ENERZY cushioning and the U4ICx used in previous editions.

In the middle of the midsole is a double fan wave plate. The plate is an elastic, thermal plastic wave running from the heel to the midfoot.

On the medial side, the wave plate has a double fan, this serves the same purpose as a medial post would in a traditional trainer. The wave plate is evident from the moment the trainer is on and takes some miles to get used to it.

Above the wave plate is U4IC cushioning. This is the same cushioning they have used for the last few editions.

They have increased the amount of cushioning which combined with the ENERZY cushioning softens the ride of the Wave Inspire. The insoles they use also add bounce to the ride.

The Wave Inspire has a 12mm drop, which takes some getting used to. The sole unit has two distinct personalities.

In the midfoot and forefoot, you find a bouncy flexible ride while in the heel you find a stiff and responsive ride. The changes they have made have improved the ride slightly.

The upper of the Wave Inspire 17 is built with double-layered air mesh. After comparing it with the 16’s upper I can say they are basically built with the same mesh material.

It provides a blanket-like flexible fit. It is thick enough to provide warmth in cold temperatures while also maintaining breathability.

You will find overlays in the midfoot on both the medial and lateral sides to improve the fit of the Wave Inspire. These along with the double-layered mesh of the upper make the Wave Inspire a snug fit.

The Wave Inspire is a narrow fit from heel to toe. Although my feet didn’t feel compressed, there definitely was no space for my feet to splay.

This works well in the heel area because you need to be securely held to add to the stability of the shoe.

Although, a roomier toe box would have been welcomed. The ample cushioning is welcomed, but it adds to the narrow fit.

The lacing system sits low against the tongue of the shoe. This in turn makes a long tongue seem even longer. In my case, it forced me to tie the trainer tighter than I am used to.

The cushioning of the midsole underwent some changes which have slightly affected the ride. Mizuno ENERZY is a softer and lighter cushioning found in heel portions.

The U4IC cushioning above the wave plate has also been increased. While I appreciate the changes I can honestly say the ride was very similar to the last edition’s.

The toe box is flexible and bouncy while the ride is stiff and heavy in the heel at times. The wave plate provides stability but it comes at the cost of comfort.

There is a stiffness felt from midfoot to the heel in the Wave Inspire 17. As a result of the stiffness the energy return is lacking in your stride.

The blanket is breathable allowing just enough air flow. The fit of the upper is more on the narrower side which will be an issue for some but it wasn’t one for me.

The amount of cushioning found in the heel and tongue is ideal. As I mentioned, I needed to tie the shoe tighter than what I am used to, once this was done it provided better stability.

While other trainers it competes with are evolving, the Wave Inspire is staying true to the wave plate. This would be justified if the wave plate is effective but in my opinion it isn’t.

Mizuno made major changes to their other stability offering, the Wave Horizon, getting rid of the wave plate in favor of segmented design. My hope would be they implement this in the next Wave Inspire.

Last year I said “It is almost like running in two different shoes because of the different sensations felt in the forefoot and midfoot/heel areas” about the 16s.

This would also fit with my experience with the Wave Inspire 17. Overall, they were inconsistent in their performance which prevented them from being a daily trainer.

The Mizuno Wave Inspire 17 are built for stability and miles, unfortunately their refusal to evolve and adapt prevents them from standing out of a crowded stability field.

We purchased a pair of Mizuno Wave Inspire 17 from runningwarehouse using our own money. This did not influence the outcome of this review, written after running more than 50 miles in them.

Visit ShopAmazon.com
This page contains affiliate links. As an Amazon Associate I earn from qualifying purchases.
WHERE TO BUY
LOWEST PRICE
$97
AVAILABLE ON SALE:Previous model $65

TJ Jones lives in Omaha, Nebraska with his wife and toddler son. He has been running for over half of his life. He has completed 3 full marathons and countless half marathons. In the daytime, he is a school counselor. He loves running no matter if it is on the road or trails

The Mizuno Wave Horizon 5 is a max cushioned stability trainer. However, due ... (Read expert review)

The ASICS Kayano 28 is a top-tier stability trainer built for all paces and ... (Read expert review)

Saucony Guide 14 is a quality stability shoe that gets the job done with a ... (Read expert review)

The Altra Provision is a unique stability trainer that provides a natural, ... (Read expert review)

The Mizuno Wave Rider 25 is a well-built workhorse with a comfortable upper ... (Read expert review)